Is there anything we’re not prepared to do to promote human longevity?

It is well-documented that much of the burden of the lockdowns in response to the SARS-CoV-2 pandemic has fallen on the young. Many older people with houses, gardens, settled families and established careers have had a relatively good pandemic when able to work from home; spending more time with the kids and having a break from the daily commute to the office was often welcome. In contrast, younger adults on the way to established lives and careers, and generally without the families, houses and gardens that made lockdown more bearable, have lost a range of opportunities: educational, professional, romantic and procreative opportunities, to categorise a few. Consequently, and predictably, the incidence of mental ill-health among young people has soared.

Young people carried much of the burden of the lockdowns but were largely not in danger from the virus, which kills people, on average, at the age of 82.4. The chance of death or even serious illness from Sars-CoV-2 virtually vanishes with youth. The injustice of this situation is increased by the fact that even if young people recover quickly from the opportunities lost during the lockdowns, they will have to pay for these interventions through general taxation for longer than older people who are closer to the end of their working lives.

“It is doubtless difficult to avoid patronising young people if one considers the lockdowns as a kind of unavoidable, absolute moral, medical or technical necessity. But they never were any such necessity.”

And then, in the UK, insult was added to injury: the young were accused by sections of the media of wantonly (for daring to partake in activities such as snowball fights) spreading the virus, and now they are being threatened with social exclusion, with being shut out of university lecture theatres and nightclubs if they are unable to show proof of a vaccination that, in truth, only reduces rather than prevents infection and transmission. Understandably, some young people would prefer to be infected by the virus now and thus develop strong natural immunity rather than have to rely on repeated pharmaceutical interventions for the rest of their lives.

The social compact between young and old had already been fraying for a long time in the UK (witness escalating student debt and the lack of affordable housing) but the intergenerational injustice evident in the SARS-CoV-2 pandemic response resembles the scenario of a dystopian movie.

It is perhaps not true that the lockdowns have privileged the old in general at the expense of the young, for as Paul Dolan has argued, many much older people wanted to live and possibly die well in the time remaining to them rather than be subject to lockdown isolation measures. From this perspective, the lockdown measures were a political decision made by the middle-aged for the middle-aged.

In any case, we cannot expect the impact of the lockdowns on democratic participation among young people to be positive. Political parties that have championed the lockdowns and traditionally relied on younger voters ought not to be surprised when those voters turn their backs on them.

Other groups – the working class in developed countries, women, the populations of the Global South – have also suffered disproportionately, but was the negative impact on young people of the lockdowns unavoidable? Was it simply unfortunate rather than cruel?

In a Guardian feature of June 2021, journalist and author Paul Mason recognised that ‘the young were ordered to put their lives on hold to protect a generation that had already lived theirs’, but added that if this ‘had been accompanied by money, support and above all some gestural sympathy towards the socially liberal views and culture of the under-24s, the blow might have been softened’. If crushing, socially illiberal lockdown measures had been combined with a little more (pocket) money and a sympathetic, socially liberal gesture (a pat on the head comes to mind) then things might have been more palatable for those in their early 20s.

It is doubtless difficult to avoid patronising young people if one considers the lockdowns as a kind of unavoidable, absolute moral, medical or technical necessity. But they never were any such necessity. The UK lockdown was the result of a panicky political decision in mid-March 2020 to jettison a pre-existing, WHO-approved pandemic preparedness plan that focused protection on the vulnerable, and to pursue instead – tentatively at first (‘three weeks to flatten the curve’) – an untested, un-costed (the absence of basic cost-benefit analyses was and still is flagrant) generalised lockdown strategy made possible by new digital communications technology (the internet, of course, allowed people to stay at home and facilitated generalised home education).

The outcomes in Sweden (no lockdowns or mask mandates) and Florida (no lockdowns or mask mandates since October 2020) relative to other European nations and US states indicate that the lockdown measures were not nearly as effective as mathematical modellers supposed. But even if the lockdowns were to a degree effective and prevented rationing of intensive care in the UK, it is incumbent on us now to decide to what extent it is ethically acceptable to use our newfound power to uproot ordinary life by means of a digital semblance of it in order to defend the remarkable increases in human longevity of the last six or seven decades.

“But the young were failed, and continue to be failed, by the old.”

Standard cost-benefit analyses are necessary here, but we can also pose the question in absolute terms: is there anything that we are not prepared to do to promote human longevity? If we feel that that pursuit should have limits, we have to determine where we should draw them, and be able to articulate why we should draw them exactly there. Would it, for example, be acceptable to maintain a lockdown for several years against a respiratory virus? If not, why is it acceptable for six months? Or for three months? In answering these questions, we would do well to remember that previous generations and other cultures would have considered perverse and shameful our willingness to sacrifice the interests of the young during a medical emergency.

Overt protest, in the UK at least, by the young against the lockdown measures has been limited in scope. This is unsurprising, given that they find themselves in an impossible position: young people want to protect older people also, and any organised resistance would have looked like selfish special pleading. In truth, the responsibility for promoting the interests of the young fell on older people. But the young were failed, and continue to be failed, by the old.

Perhaps another reason for the lack of organised resistance on the part of the young is that the hi-tech, big-tech approach of the lockdown strategy seems natural to most of them. Although some student groups are protesting the continuation of online learning, generally, and despite the evident suffering caused by lockdown isolation, the increasing technological mediation of most aspects of life may appear normal, even right, to a generation that has grown up with digital technology.

Adequate reflection on the lockdown strategy, however, requires us to bring into question the belief, which by now has become quasi-instinctive, that high-tech solutions are always the best ones, and that if something is technologically feasible it should be realised. And we have to learn to recognise when we see it a form of technological hubris that defies now not the gods, but the young.

Mark Sinclair is a Reader in Philosophy at the University of Roehampton, London and has published previously on the relationship between lockdowns and technology.

Collateral Global encourages the republishing of all CG content not specifically designated as ‘Unavailable for Republishing’. Please see our Republishing Policy for specific requirements. 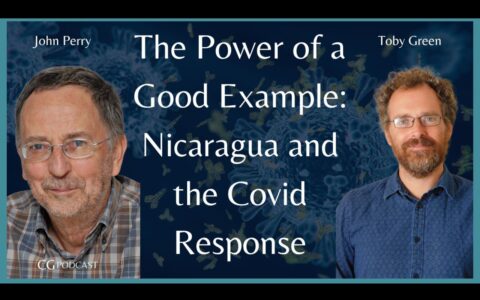 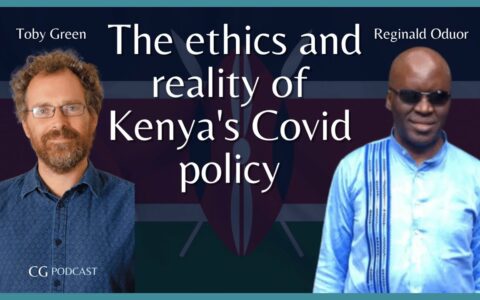