Those without resources fared worse than those who were able to replicate lost opportunities and experiences on their own.

We in the older generations have asked children and young people to make huge sacrifices over the past 18 months – expecting them to pay an enormous price, as young people often do at times of crisis. It is widely acknowledged that COVID restrictions have caused a mental health tsunami for the young – at a time when, even prior to the pandemic, the mental health of young people was already a cause for serious concern.

Saving lives came first. Universities went online, and remote teaching took over. One of the certainties to emerge was that – whatever the hopes and aspirations of tech and university managers – online seminars were no substitute for the real thing. Students turned off their cameras. Teachers struggled to find a way to engage them that could effectively substitute for the free-flowing exchanges of classrooms.  A programmatic method attempted to replace the spontaneity which can lead to real exchange when people meet face-to-face. And the realisation of what was being missed and lost contributed to the deterioration of mental health we’ve seen all around us.

Now, as young people and university teachers reoccupy spaces in the classroom, we can begin to compute what this might have meant. It’s one of the great privileges of teaching young people to be constantly surrounded by their energy, optimism, and spirit – even at times when the headwinds seem to be so strong. One of the wonderful things of the past two months has been to see the genuine relief and delight of students who are happy to be back in the classroom with their peers and teachers. The fear of having this taken away from them – through phantom talk of new restrictions, stay-at-home measures, and lockdowns — is also very real. Anyone who still thinks it’s fine to throw this talk around clearly isn’t spending much time with young people.

“We are left in a world where only those who had resources were able actively to continue pursuing study and developing their knowledge so that they could keep their dreams alive. It can’t be a surprise that the mental health of those who have been unable to do this has plummeted.”

One of the most distressing aspects of this has been the class-based inequalities that permeate so many aspects of this crisis. In universities, the divide has been as apparent as in any other area of life. Let’s take study abroad programs. Universities mainly shelved their study abroad programmes last year. However, in practice, those with resources were able to try to reproduce the experience that had been cancelled, and many managed to go to the countries that they had been hoping to visit. Those without those resources were left at home doing a “virtual year abroad” – whatever that might be.

In poorer countries, of course, things were far worse, and I reached out to colleagues in a few different geographic locales to inquire about their experiences. With much less reliable and poorer quality access to the internet and data, “remote” study meant no study for many students. In Angola, social distancing restrictions meant that for an entire academic year students were only able to attend one class out of three in person, studying remotely for the intervening two classes. This meant, in practice, that only those with resources were able to pursue education, and the rest of the population was left behind – further accentuating class divides and setting future elimination of poverty and educational deficits back by years.

A friend from Mozambique writes: “The fact of students having to stay at home all day caused them tiredness, stress, despair, and above all anxiety, since many did not have the resources to study online…There was a chasm separating classes with financial resources who were able to study remotely and those who lacked these resources, who were essentially abandoned”.

We are left in a world where only those who had resources were able actively to continue pursuing study and developing their knowledge so that they could keep their dreams alive. It can’t be a surprise that the mental health of those who have been unable to do this has plummeted. Now we are facing a situation where, somehow, society has to repair the enormous chasm into which young people were thrown by circumstances beyond their control. And the first step must surely be to acknowledge what has really happened.

Toby Green is Professor of Precolonial and Lusophone African History and Culture at King’s College London and a member of Collateral Global’s Scientific Advisory Board.

Collateral Global encourages the republishing of all CG content not specifically designated as ‘Unavailable for Republishing’. Please see our Republishing Policy for specific requirements. 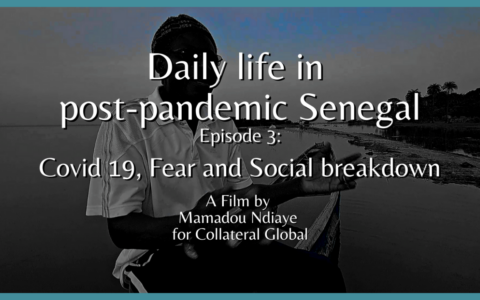 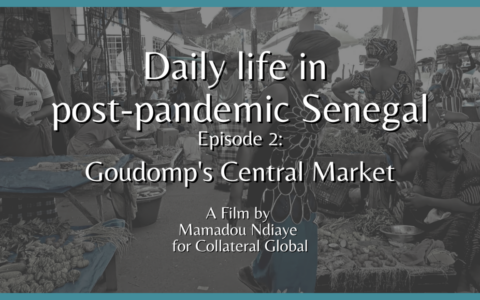 Alcohol-Related Deaths During the COVID-19 Pandemic