This week, we summarize ‘Wage inequality and poverty effects of lockdown and social distancing in Europe’

What did it find? Requiring people to work from home disproportionately affects the earning ability of the world’s most impoverished workers. It increases poverty and wage inequality and exacerbates economic disparity between wealthy and developing countries.

One component of widely-instituted COVID-19 lockdown measures was the suspension of in-person contact, including in the workforce. As a result, many employees began working remotely. However, businesses dependant on human interaction – such as the hospitality and leisure industries – were unable to continue operating.

This shutdown affected people of varying socioeconomic status differently. People with higher-paying jobs, such as those in finance or academia, were more likely to work from home.  Lower-paid workers – service industry employees, for example – were unable to work at all. They were also more likely to be categorized as ‘non-essential’ and have their places of employment closed altogether.

How different countries are affected

This study modelled how lockdowns could affect the degree of wage inequality and poverty in 28 European countries.

The researchers calculated a “Lockdown Working Ability” index for each country, reflecting their population’s ability to continue earning during a lockdown. To calculate this number, they determined the percentage of workers with jobs that could be done from home and the “essentiality” of different employment sectors. Businesses in the healthcare and agriculture sectors, for example, would continue to function – and pay their workers – during lockdowns. In contrast, businesses in non-essential sectors such as retail and hospitality would be forced to close.

The researchers considered scenarios in which a two-month lockdown was followed by either an immediate return to full employment or by six months of a more gradual return to previous earning levels. Broadly speaking, results showed that lockdowns were likely to exacerbate poverty amongst the working poor worldwide, thus widening the gap between haves and have-nots.

Poverty and wage inequality to rise

Even the wealthiest European countries were shown likely to suffer in terms of both poverty and wage inequality. Moreover, without government assistance, the percentage of impoverished people across the whole of Europe would increase substantially, even with an immediate return to normality following lockdowns.

There was also a marked geographic divide. Economies heavily reliant on tourism, hospitality, restaurants, and entertainment were likely to be most significantly impacted by lockdowns. Southern Europe was projected to be the hardest hit. Countries including Bulgaria, Slovenia, and Croatia were expected to suffer more business closures and be left with more unemployed workers than countries in the north and west of Europe such as the Netherlands, Denmark, and Luxembourg.

Poverty, wage inequality, and the gap between the poorest and wealthiest countries are all likely to be exacerbated by lockdowns, with the degree of economic disparity widening with increasing stringency of restrictions. 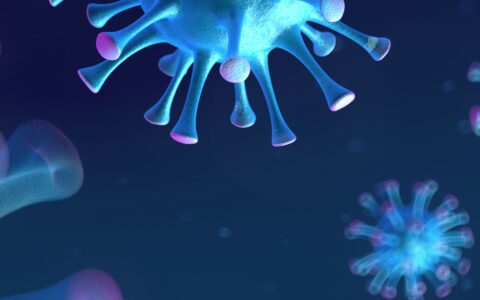